Maha Sudarshana Homa includes obeisance to Sudarshana and other resident gods. Lord Sudarshana, the main deity, grants immediate relief. Maha Sudarshana Homa can ward off negativity, protect from negative forces and ill health. Sudarshana is the holy Disc of Lord Vishnu, which has immense energy and power. Goddess Durga and Lord Subrahmanya are also said to reside in the Sudarshana. It is said to remove all the ill-effects of sins with the radiance of a thousand suns. 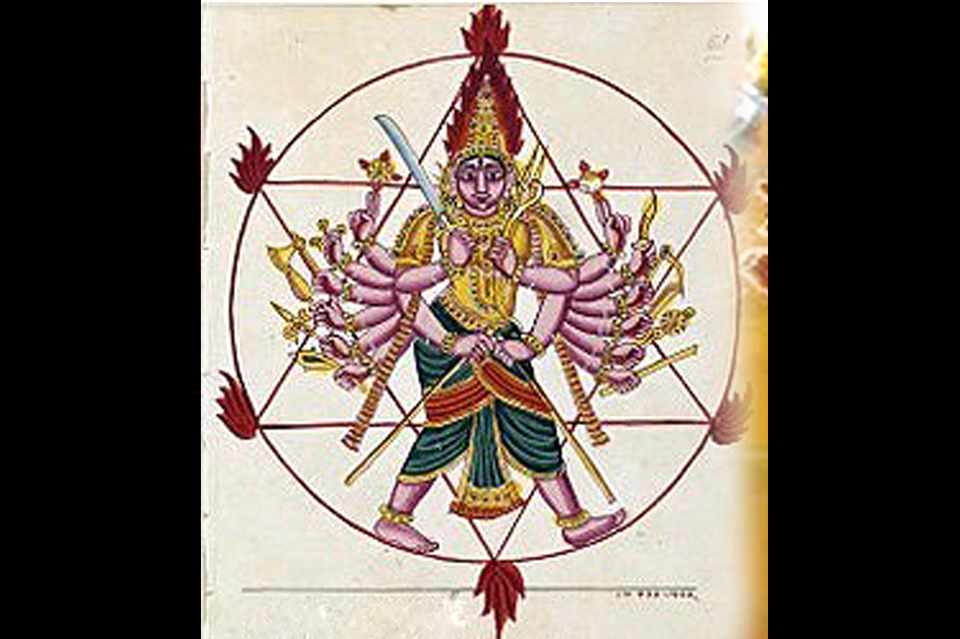